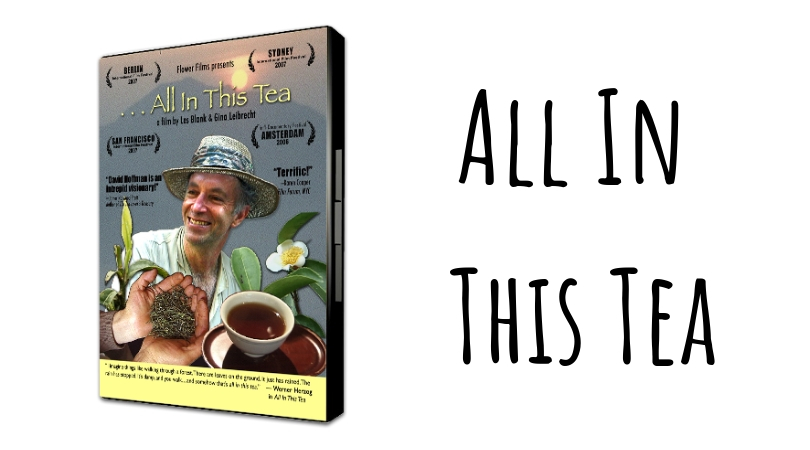 I originally wrote a review of this film ten years ago. It is definitely time for an update, especially since new tea drinkers might not have even heard of it. My tea journey has progressed so much since then as has the industry as a whole.

All In This Tea is a 2007 documentary that follows noted tea expert David Lee Hoffman as he sources tea in China. The viewer gets insight into all of the trials, tribulations, and frustrations that go into sourcing tea directly. Panoramic views of the countryside make you feel as if you are right there in the tea fields.

There are so many aspects of the tea industry that consumers have no conception of. It gave me a new appreciation of the tea farmers that truly are masters of their craft. David struggles to show the tea factory executives the advantages that handmade, organic teas have over those produced in factories.

All In This Tea is exactly the type of documentary that a tea enthusiast would ask for. It is factual without being overly dry or serious. While most of the film follows David Lee Hoffman, it also features interviews and lectures from several other renowned tea experts. Keep your eyes peeled for the likes of Winnie Yu and James Norwood Pratt

When watching All In This Tea, it is important to keep in mind that the tea industry in the U.S was very different from what it is today. There are many things that have changed and misconceptions that have been cleared up.

David was indeed a pioneer in importing tea but it is now quite commonplace to source tea directly from the farmers. We have him to thank, in part, for that change.

David has since sold Silk Road Teas and is now selling tea under The Phoenix Collection. His infamous puerh cave wound up causing issues with the city of Lagunitas and there has been a lengthy legal battle to save it.

All In This Tea was purchased with my own money from Les Blank Films.