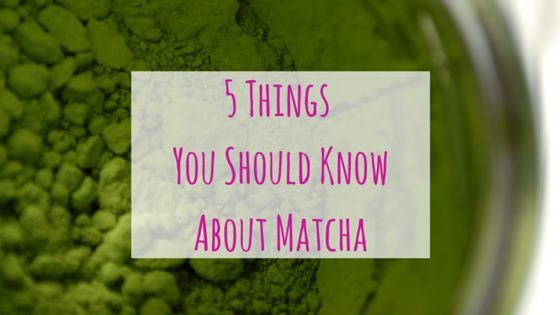 Have you ever seen green tea in powder form

1. Matcha can only be produced in Japan.

Matcha can only be made in Japan just as Champagne can only be made in Champagne, France. More specifically, matcha should be made from a shade grown tea known as tencha. In order to meet market demand a ton of “matcha-like” powdered teas are being produced in China and other nearby countries. This is definitely one subject that I get on my soapbox about. Would you want to pay Champagne prices for California sparkling wine? Of course not! Inexpensive powdered green tea has its place but it should never be called matcha when it isn’t the real thing.

2. Powdered tea originated in China during the Song Dynasty.

Matcha is very much associated with Japan but a lot of tea drinkers don’t realize that powdered tea has roots in Chinese history.  At that time tea leaves were pressed into cakes, much in the same way that puerh is. Pieces were broken off, ground into a powder and whipped into a froth. This style of making tea was popularized by the Buddhist monk Eisai when he published the book Tea drinking cure 喫茶養生記 in 1214. It eventually involved into the matcha that we all know and love today.

As you can imagine, it takes quite a lot of leaf in order to make just a small amount of matcha powder. Matcha is ground into a very fine powder using stone mills. Other materials will cause too much friction which would negatively affect the taste of the tea. This is part of why you wouldn’t get the same results by throwing your leaves into a food processor or spice grinder. Check out the video below from Aiya to see the entire process:

Despite what your tea vendor’s advertisements might say ceremonial grade is a meaningless term. While it’s usually used to imply higher quality, there are no regulations as to the use of the phrase. Ask your supplier if their matcha is endorsed by a tea ceremony school such as Urasenke or Omotesenke. It’s also important to learn the differences between high quality and low-quality matcha. Color is always a huge indicator. Look for a vibrant, deep green color with a silky smooth feel.

5. Since it’s a powder, matcha can easily be added to almost anything!

I love cooking and baking with matcha. It’s super easy to add to cookies, cupcakes, pudding and more. Just remember that a little bit goes a long way. Using too much tea in your batter can make for a bitter taste. Matcha is also a great addition to smoothies and shakes. I even mix into my orange juice! In Japan, they have everything from matcha noodles to green tea Kit Kat’s.
Is there something that should be on this list? Let me know in the comments!

Header image – “Matcha” by yakubovich is licensed under Creative Commons BY 2.0